What does CCTV stand for?

CCTV stands for Closed Circuit Television. It is a television system that operates on a “closed loop” basis. Unlike broadcast television, which is available to anyone with a suitable receiver, CCTV pictures are only available to those connected to the loop.

What is the difference between analogue & IP systems?

Analogue and IP cameras are similar in many ways; in both technologies the lens projects the image to the analogue image sensor where the signal is then converted to digital using an analogue-to-digital converter. The signal is then processed by the camera’s on-board digital circuitry (DSP). In IP cameras the video is compressed and encoded internally then sent to the Network Video Recorder (NVR) via IP protocol. In an analogue camera the signal is converted back to analogue and sent to the Digital Video Recorder (DVR) where it is compressed and encoded. 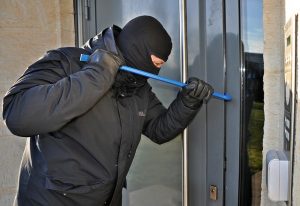 What happens if an intruder enters the site or a crime appears to be taking place according to the images caught on CCTV?

This all depends on the type of system installed and what procedures the customer has requested. One of the options available is for the fully trained operators at the ARC to talk to site via the telephone line through on-site speakers. If this doesn’t work the ARC operator would normally contact the Police. We are also able to dial into the system and do “camera patrols “of the site. This can be done randomly or at fixed times.
We can supply and install bespoke systems for schools, hospitals, construction sites and car dealers who require a cost effective security solution without using manned guards.

Is it best to install dome cameras or full-body cameras?

Dome cameras can also be more cost effective, as all of the components such as the camera, lens and housing are manufactured in one product. The Field of view in dome cameras is often unknown and the public are usually unaware of which area they cover. Full body cameras are more prone to vandalism or theft and can be tampered with easily; they can be pointed in another direction or removed using a rope.

How do I view my cameras remotely?

Do cameras need lighting to see?

It is always best to ensure the camera field of view is adequately lit, however, with the introduction of Infra-Red (IR), lighting is not essential. Many cameras now have built-in IR illuminators which claim to produce effective images in zero light conditions for distances up to 50metres.

How do I keep my cameras recording during a mains failure?

An Uninterruptible Power Supply (UPS) can be in installed as part of your CCTV system’s hardware. A UPS is basically a battery backup and is a cost-effective way of ensuring your CCTV system has enough power to keep running in the event of a power cut. A UPS Also acts as a surge protection unit and regulates the supply to the equipment, reducing the risk of damage from electrical surges or spikes.

Got a question? Want to speak to a real human?
Use the form below and we’ll call you back ASAP.